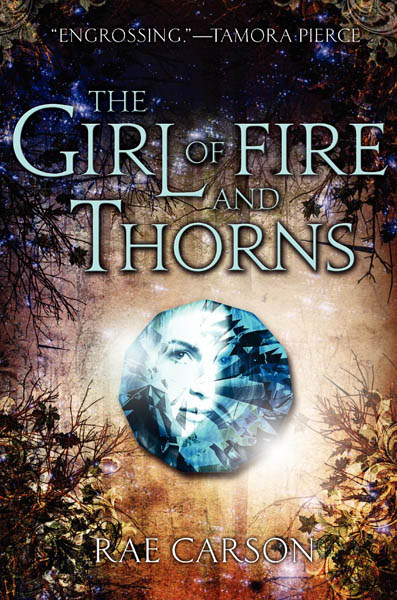 Once a century, one person is chosen for greatness. Elisa has always felt powerless, useless. Now, on her sixteenth birthday, she has become the secret wife of a handsome and worldly king—a king who needs her to be the chosen one, not a failure of a princess. And he's not the only one who seeks her. Savage enemies, seething with dark magic, are hunting her. A daring, determined revolutionary thinks she could save his people. And he looks at her in a way no man has ever looked at her before. Elisa could be everything to those who need her most. If the prophecy is fulfilled. If she finds the power deep within herself. If she doesn't die young. Most of the chosen do.

Book 1 – The Girl of Fire and Thorns

The Girl of Fire and Thorns had a strange opening, at least for me. Looking back, I should have seen it for what it was, and that’s completely on me. I feel like this is a common occurrence for me, where I  hesitate on a book due to its opening pages. That isn’t to say the opening isn’t interesting, especially in this case. The problem was I thought it was trying too hard to be different.

And maybe it was. But, in the end, it works.

Elisa is not your average princess, or protagonist for that matter. At first, it may seem like she is falling into Bella Swan (a la Twilight) territory with her lack of self-esteem. However, you soon realize that, while she does have some common (and very human) physical flaws that could legitimately hinder someone in her position.

Elisa struggles with her weight, and she eats her feelings. I think we can all relate to that in some way. But she is a princess, and everyone seems to view her as the “fat girl” with nothing to offer other than her birthright and her “chosen one” status.

But Elisa is a highly intelligent young woman. She just doesn’t realize her potential yet. She must find her confidence first, and then her voice will follow. She isn’t a caricature like I originally feared. She is a very normal girl (royal-born and chosen-one statuses aside) who has more to offer the world than she even knows. She makes mistakes, she accepts them, and she fixes them. Elisa finds her strength and shows it to the world. The very unsuspecting world, apart from those closest to her that know better.

Elisa is one of the most likable, most enjoyable main characters I’ve ever come across. Admittedly, I did not like her at first. I thought she was intended to be the girl-who-thinks-she’s-ugly-but-really-isn’t character, a trope that has been done and done and done ad nauseum. But Elisa doesn’t wallow in self-pity (not much at least). She accepts reality, but she still stands up for herself when push comes to shove. She knows she’s worth something, even if she is sometimes unhappy with her weight.

I realize I’m focusing a lot on looks, but to me, that is a part of her journey throughout this series. Not just coming to terms with appreciating herself, but also knowing when to work harder to better herself. Elisa doesn’t just accept herself as she is. She pushes her limits until she becomes a version of herself that she feels proud of, both inside and out. I respect that.

Accepting her destiny while seeking to take hold of it herself, Elisa learns how to play to her strengths. She finds that her weaknesses can only hold her back if she allows them to do so.

The story revolves around epic locales and sweeping settings filled with lush details. The world-building is top notch without being bogged down with boring descriptions. Since my reviews are always as spoiler-free as possible, you just have to trust that the book synopsis above does as much justice to the story itself as my views on her character do. Maybe that’s enough for you. Maybe it isn’t.

Rae Carson is on my short list of authors whose books I will now buy without question. I know she can tell a fantastic story. I know she creates memorable and likable characters. I know I enjoy her writing style.

I think most people who enjoy YA fantasy would feel the same way. This is one of the great ones, people. Trust me. 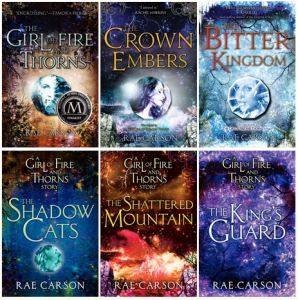