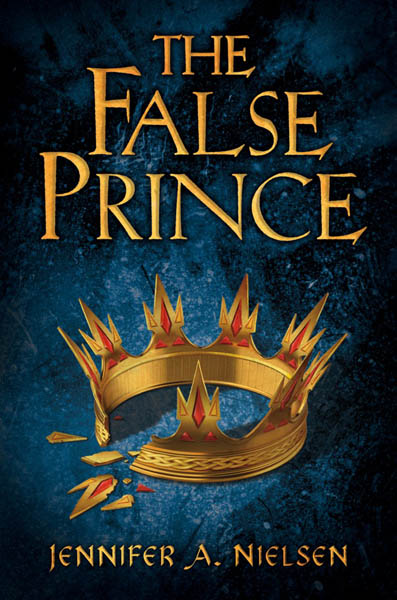 In a discontent kingdom, civil war is brewing. To unify the divided people, Conner, a nobleman of the court, devises a cunning plan to find an impersonator of the king’s long-lost son and install him as a puppet prince. Four orphans are recruited to compete for the role, including a defiant boy named Sage. Sage knows that Conner’s motives are more than questionable, yet his life balances on a sword’s point—he must be chosen to play the prince or he will certainly be killed. But Sage’s rivals have their own agendas as well.

As Sage moves from a rundown orphanage to Conner’s sumptuous palace, layer upon layer of treachery and deceit unfold, until finally, a truth is revealed that, in the end, may very well prove more dangerous than all of the lies taken together.

MY REVIEW OF THE FALSE PRINCE (THE ASCENDANCE TRILOGY) BY JENNIFER A. NIELSEN:

I have to say I don’t always bond well with male protagonists. It really depends on the personality and how they are presented. As a female, I obviously find more in common with female protagonists the majority of the time.

Sage is my new buddy. I like him. A lot. He is so incredibly annoying for about half a second, and then suddenly he grows on you. That’s not to say he isn’t a host of bad qualities (aren’t we all?). But Sage’s brand of “bad” isn’t evil. He’s lived a hard life as an orphan and doesn’t take crap from anyone, least of all those who would use him for their own gain. Motivation and intention play key roles in this book, as well as the entire Ascendance trilogy. Nothing is as it seems.

Unlike some books I’ve read of late, the twist in this book didn’t shock or surprise me. I may have mentioned before how impressed I am when a book manages to trick me, considering this doesn’t happen very often. I’ve been pleasantly surprised lately with several books, so there is hope in the world. However, the surprise for me with this one is that it actually didn’t matter. My enjoyment with this series was in no way impeded by me guessing the twist shortly into book one. Well, that’s not entirely true. I spent a good portion of The False Prince (the first book) being annoyed about it, but I kept reading because I still wanted to know what happened despite myself. And when everything came out, it turns out it didn’t matter. Not one bit. The end was still exciting, still surprising, still full of adventure.

This series is really, really good. I mean that. Sage is and yet is not everything you think he is. You can’t help but fall in love with his story. He is snarky, cunning, and genuinely one of my favorite main characters. He’s not the character you love to hate; he’s the character you want to hate sometimes but can’t. Sage’s mind is always working, his narrative voice captivating in ways that are hard to explain. He doesn’t pretend to be older or more mature than he is, but his intelligence does an excellent job of “showing not telling.” I want to go have a drink with Sage and just let him tell me stories. That’s how interesting he makes what could have been a lackluster story were it not for his involvement.

Sage’s personality and behavior are incredibly realistic because he isn’t all good or all bad, but he has flaws that he makes up for in other ways. And he’s charming. Other characters in the series are just as believable, with their own flaws and sense of gray morals. Nothing and no one is completely black and white in this story.

The second book, The Runaway King, is spectacular. I enjoyed it even more than the first book, which further proves that the “twist” in this series isn’t the high point by any means. Sage is always going to surprise you on this roller coaster ride. Another memorable ending following a grand adventure. My favorite book in the series.

The last book, The Shadow Throne, creates a superb finale with some very emotional moments that speak to things inside any human heart, experiences that we can all find common ground on. I’m pretty sure I cried my eyes out a few times. If you don’t at least tear up once or twice, I don’t even know what to say.

Political intrigue is pervasive in the Ascendance trilogy, but it’s always balanced with a generous amount of genuine humor and exciting action. One of the most exhilarating series I’ve read this year. Definitely a high recommendation! 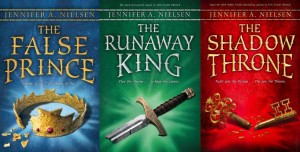