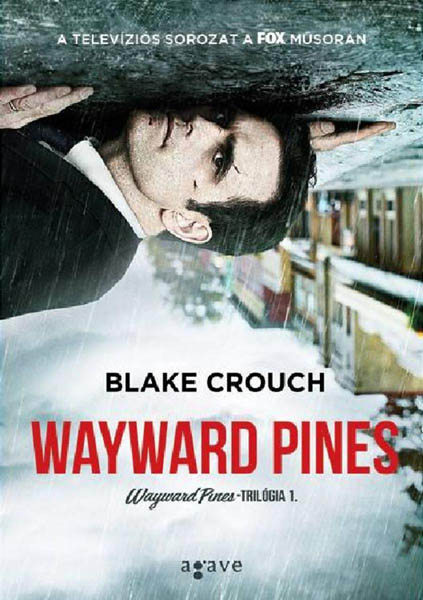 Secret service agent Ethan Burke arrives in Wayward Pines, Idaho, with a clear mission: locate and recover two federal agents who went missing in the bucolic town one month earlier. But within minutes of his arrival, Ethan is involved in a violent accident. He comes to in a hospital, with no ID, no cell phone, and no briefcase. The medical staff seems friendly enough, but something feels...off. As the days pass, Ethan's investigation into the disappearance of his colleagues turns up more questions than answers. Why can't he get any phone calls through to his wife and son in the outside world? Why doesn't anyone believe he is who he says he is? And what is the purpose of the electrified fences surrounding the town? Are they meant to keep the residents in? Or something else out? Each step closer to the truth takes Ethan further from the world he thought he knew, from the man he thought he was, until he must face a horrifying fact--he may never get out of Wayward Pines alive.

MY REVIEW OF PINES (WAYWARD PINES SERIES) BY BLAKE CROUCH:

If you happened to have watched the television show based on this series, you may already know where I’m going with this. When I read the Wayward Pines trilogy, the television show had been teased, but it hadn’t aired yet. I found the idea intriguing, but I was very careful not to spoil the story for myself as I continued reading the first book. I’ll talk a little about the show later on.

And the first book was fascinating. It started off just how you want a good story to start, right in the middle of the “what in the world is going on here?” moments plaguing both the protagonist and the reader simultaneously. Then it pulls you in like a fisherman reeling in his catch.

As the story progresses, you learn things as the main character learns them, at a pace that begins slow enough to keep the suspense going but fast enough to keep the pace moving. The switching view points in the story between Ethan and some other players in the story make things seem far different from what they really are. You think you know what’s going on. You think you’ve got this whole thing figured out. You think you’re way smarter than the main character, Ethan Burke. As a secret service agent, he goes straight into detective mode to try to figure things out, not trusting anyone or anything at first.

The clues lead in one direction, so you might figure some of it out, but how far down the rabbit hole goes is the real twist here. I am unnaturally good as guessing twists, which is why I really like the ones that can trick me. I knew what was happening, so I thought I had figured out the twist. That’s not the full extent of it though. It’s not the “what” but the “why” that truly reels you in. You’d think Ethan would be a little quicker to solve the mystery, but considering how crazy it all is, it’s kind of understandable that the truth takes longer to sink in.

However, once the story moves beyond the twist itself, the plot sort of flatlines. Sure, there are still some moments of high intensity, and some good ones at that, but once the truth is revealed, the full monologue that is given to explain the whole back story left a little bit of a bad taste in my mouth. That’s why book one (Pines) gets a 4.25 from me, much higher than the 3.25 (for Wayward) and the 3 stars (for The Last Town) that I gave the other two books in the series. They weren’t bad, and I decided just to ignore the parts the bothered me, but at some points I found myself stopping to complain to my husband about what I had just read. It gets a little ridiculous the further in you go, but it’s not really until book 3 that silliness begins to creep in on a larger scale. It just gets silly. Unbelievable, if you will. Not from a fiction standpoint (I realize this is a made-up story). From a human behavior standpoint. The characters, both good and bad, become merely caricatures that represent no basis in real human actions. And the ending? Seriously?

So let’s talk about that television show, shall we? Yes, it was made into a multi-season show. I have only personally watched season one, which ironically contains what appears to be the whole series. Season two delves into new yet familiar territory and adds in some new elements as far as I know, but season three may or may not come to fruition. I don’t see how it could, based on what I saw. Season one follows the whole of the three books, with several changes made along the way. Some changes were okay, some not so much. It was okay as far as television shows go, considering how much bad t.v. there is out there. But extending it beyond the original story just seems repetitive and pointless to me. Like I said, I haven’t watched season two, and I don’t plan on it. Maybe it is better than I think it will be, but based on reviews and what I’ve read, I highly doubt it. I thought the ending of the book series was questionable. Not as much as the way it was changed for the show at the end of season one. I think I know why it was changed, and it’s a stupid reason that I won’t share since it would spoil the ending. My husband never read the books, but he did watch the show with me. He had a similar reaction to it: it’s okay, with some interesting bits, but the ending could have been better, less predictable and caricaturish (yes, that’s a word I just made up).

The saving grace of the show is the lead actor: Matt Dillon (You can see him on the updated cover above). He is truly a fantastic actor, and I’ve always thought so. But guess what? He’s not in season two. Go figure.

As for the books, the lead up to the big reveal is worth the read. The first two books are enjoyable enough to make them worth your while. Reading book three is up to you, whether you just have to know the ending or if you’d rather make up a different (better) one in your head. 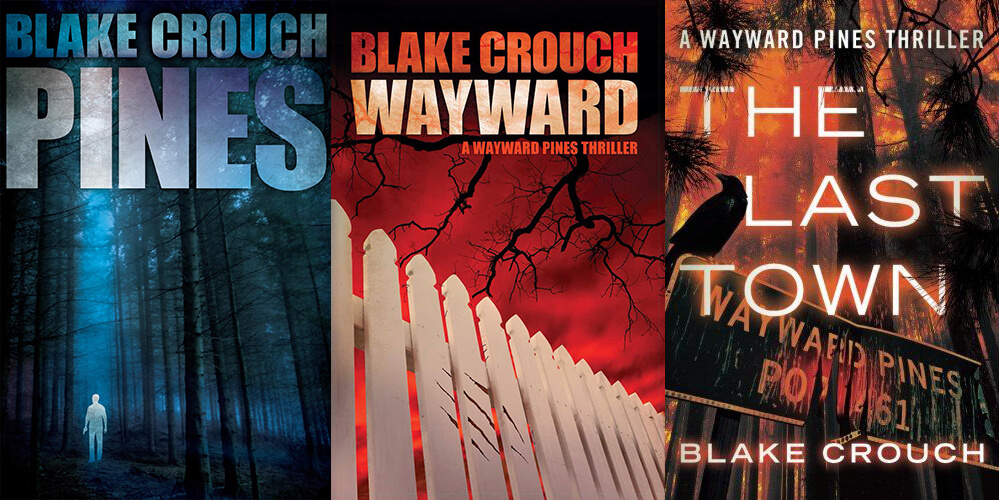