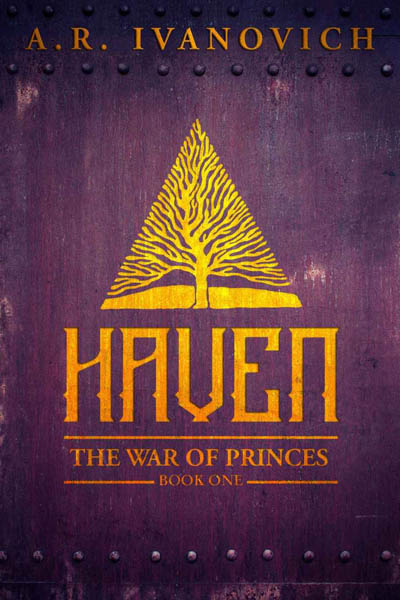 For hundreds of years, the peaceful country of Haven has remained isolated from the rest of the world. But for adventurous seventeen-year-old Katelyn Kestrel, Haven’s calm has always been a little, well, boring. She can’t help but wonder what lay outside Haven’s seemingly impassible borders, but no one will talk about the mysterious catastrophic event that separated Haven from the outside world. Katelyn has a strange knack for finding things, and when she miraculously finds a passage into the outside world, she thinks she’s solved a longstanding mystery. Instead, she discovers that some things should never be found . . .

The outside world is more treacherous than Katelyn ever imagined, full of monsters, magic, and two princes locked in a bloody, centuries-long battle. The moment she arrives, she is kidnapped and held captive in a nearby keep, accused of being a northern spy. With the help of a hardened young soldier and a handsome lord, Katelyn must try to escape and find her way back to Haven. But there are dark forces at work that Katelyn can’t begin to understand, and she’ll be lucky to make it out of the fortress alive . . .

This is a new edition of the previously self-published novel.

MY REVIEW OF Haven (The War of Princes series) by A.R. Ivanovich:

I can already tell this is going to be a difficult one. Too much time has passed since I read these books, yet the strong impressions have stayed with me. Unfortunately, most of the strong impressions weren’t overly positive. This series helped to develop my fascination with steampunk. I thoroughly enjoyed the idea of it, perhaps just not its (full) execution.

The story starts out with the main character discovering something that is both familiar (in its pattern) and unique (in its details). You know I try to never spoil any books I review, but this one is hard to discuss without doing so a little bit. Her initial journey and quest is intriguing and brings in an entire new setting for the reader to take in.

And then the author got in her own way. She created a protagonist that tends to be rather… well, there were a few times wanted to smack her, and I’m pretty sure that was not the author’s intent. She seems fairly mature at the start but quickly shows that she can be impatient (and rather dense at times). She is told many times that another character has to pretend he doesn’t know her or they COULD DIE. Pretty serious stuff. But instead of going with it, at least until she’s in a position to help him, she gets flustered and annoyed because he won’t talk to her. Kinda selfish if you ask me. She can be strong when she wants to be, but I just felt that those moments could have been handled better.

The other main issue may or may not be attributed to the author herself. If an author hires a quality editor, and some issues arise that definitely should have been addressed by the editor, I would blame the editor not the author. As authors, we write. That’s what we do. Not every writer is also an editor like I am. And before you think I’m going to gripe over some nit-picky stuff only an editor or English major would notice, hear me out. These books (particularly the first and second) are riddled with blatant errors. The author lists that she had an editor, but I don’t think it was a professional. There were missing words, typos, wrong words, and other errors throughout. These are things that an editor is supposed to look for and shouldn’t make it into a published draft.

Now, let me put a disclaimer on that by explaining my next point. The books were originally self-published (and no, not all self-published books have errors like that unless the author didn’t hire an editor or chose not to use a good one), but they were eventually picked up by a publisher before the release of the final book, I believe. That should tell you that there are some wonderful moments in these books. They have since been released again with all new covers, one with a new title, and slightly modified series name. It is entirely possible (and hopeful) that the publishing company brought in their own editors to look back over the books and fix a lot of these issues. *fingers crossed*

The story started to drop off some in the last book, but the ending is satisfying. Book one, Haven, was interesting in its uniqueness, but I certainly preferred the second one, Paperglass (it was titled Dragoon when I read it), especially the ending chapters of that particular book. There is a character or two that may surprise you. And sadden you. Or both.

So why on Earth am I recommending this series to you. Well, I’ll be honest and say that it’s not my most glowing recommendation. However, I still think it’s a fascinating story with several “wow” moments, and twists and turns that you won’t be expecting packed in for good measure. There is one in particular that is a whopper. It seriously made my head spin.

There are some great characters in this series, but I’m not a huge fan of the main character. Some of the others are very well written and developed. This isn’t high-brow literary fiction. It’s geared toward a young adult audience and has some awesome (though oddly used) steampunk elements. The settings are oddly anachronistic and unexpected (you’ll just have to read to see what I mean). If you are up for a light read with some sassy characters, action and adventure, and a healthy dose of political intrigue, then this book may be right up your alley. 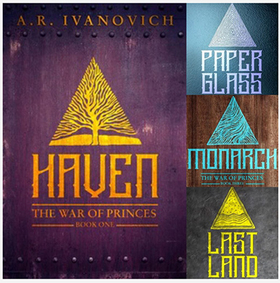