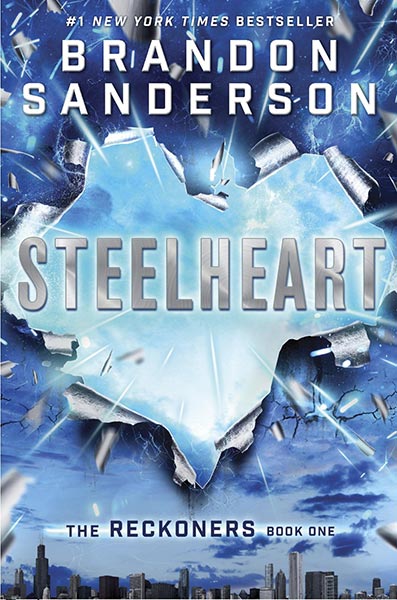 At age eight, David watched as his father was killed by an Epic, a human with superhuman powers, and now, ten years later, he joins the Reckoners--the only people who are trying to kill the Epics and end their tyranny.

MY REVIEW OF STEELHEART (RECKONERS SERIES):

Any book that is so absorbing that my husband can’t put it down must be a contender for greatness. It’s not that he doesn’t normally enjoy reading; as a matter of fact, he likes reading quite a bit. The problem is that he sometimes loses interest if the book doesn’t have enough going on. I personally don’t enjoy too much description and prefer things to be happening at a consistent rate, but he feels even more strongly about this than I do.

This series is now in his top five favorites, and that’s not an exaggeration. We have both been readers since childhood, so he has read his fair share of fantasy and science fiction novels over time. I don’t mean to imply that I didn’t love this series as much as my husband. I absolutely loved it! It was just one of the few times that he couldn’t stop talking about something he read. That may not mean much to others, but it says a lot to me.

This series straddles the line between science fiction and fantasy at times, but I would certainly classify it more as science fiction based on the technology aspects (despite some elements of fantasy being involved, such as “superpowers” and some other things that come up later in the series). I read Steelheart first (before my husband) and immediately started badgering him to read it, knowing him well enough to know he would love it. I often recommend books to him, but rarely do I push so hard. He finally gave in, and within a short period of time, he had finished the entire series before I did.

Steelheart begins with a traumatic event in the early life of the narrator, continuing into the current state of affairs that involves a world shattered by the darker side of humanity. The main character, David, has a vendetta to pursue, and he will do whatever it takes to get his revenge. But things aren’t as simple as they seem. The entire series revolved around a lot of questions, most notably how and why this happened. What caused the world, and the people in it, to be affected? Why do some have powers and others don’t? Is this a fluke, a science experiment gone wrong, or something else? All of these questions come to a head, particularly in the last book. You won’t be disappointed, and you won’t be able to stop reading.

The characters in this series are just fantastic. The locales and descriptions of settings create an alternate version of our world that seems so incredibly made-up and real at the same time. The action is almost non-stop, and the twists just keep coming. Book one is phenomenal, and the series just keeps getting better. There are three books, plus one novella called Mitosis (Reckoners #1.5) that can be read between books one and two.

If you have ever heard the term “un-put-down-able,” this is it. Guys, you WILL like this one!

What are you waiting for? Go and get your copy today! 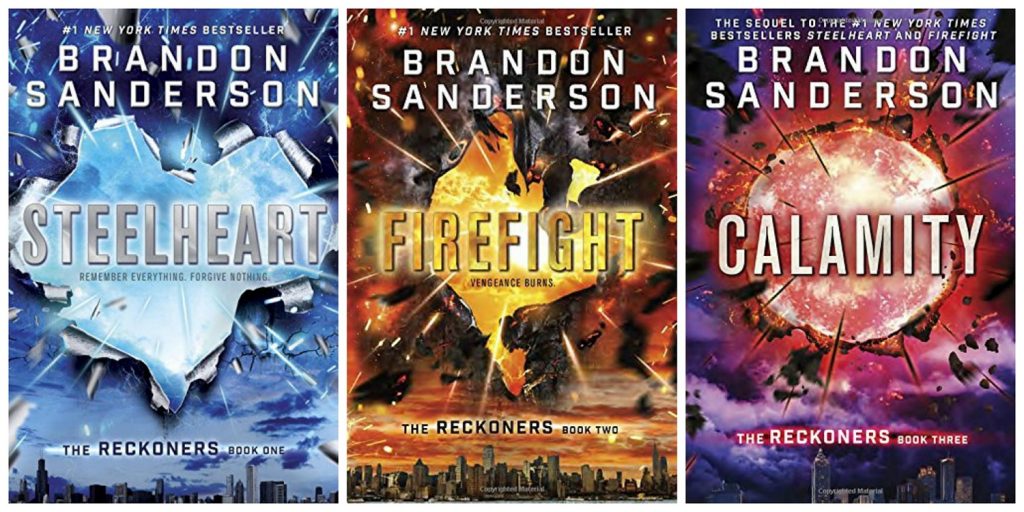