Not Your Mama's Spaghetti and Meatballs

Once again, our hosts were wonderful at the B&B we stayed at, Chiocciola Venice (translated either “snail” or “@” in English—I’m guessing the latter, but I totally had a defense for the former translation given the laid back atmosphere). They even presented us with this print upon our departure. The second picture is the note they wrote on the back. 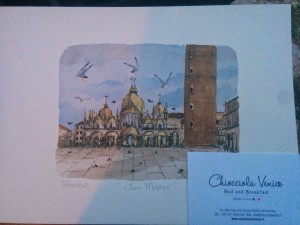 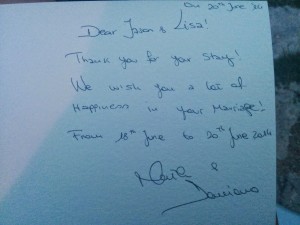 How sweet! The place was quiet, serene, but a bit away from Venice itself. Our hosts were very helpful, but public transportation in that area was so confusing! Find a tobacconist shop is all I will say. Before you get on the bus. They don’t sell the tickets at, on, or even near the bus. We made it there in one piece, and the trip was only about twenty minutes. 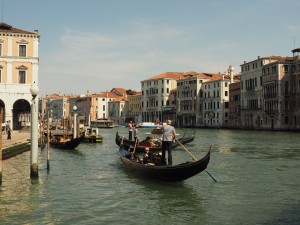 Cruising the Grand Canal in Venice

Gondalas are so synonymous with Venice that  it’s the first word off most people’s lips when they hear you mention Venice. The idea is very sweet and cozy in theory,  hot and expensive in application. Our best times in Venice were traveling the streets on foot, marveling at the buildings and exteriors from so many by-gone periods. Such an eclectic mix of several different eras of architectural style, all together in one somewhat small, but vibrant, city. 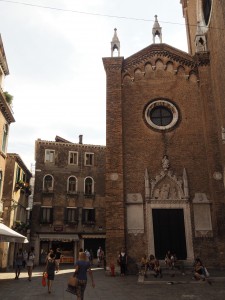 Some of the time, I have to admit, we spent comparing the locations to those in one of our favorite video games, Assassin’s Creed 2 (okay, fine… a lot of the time). Amazing how similar so many things were. Not surprisingly, the scale was often off a good bit to account for shrinking the map in order to simply the game experience. But the major landmarks and the important parts of the city were virtually identical. It’s hard to argue the validity of learning history in the strangest of ways. As long as the learning happens, who cares how it was acquired? I can separate the fact from the fiction, but reminiscing over places we had “visited” was quite amusing and often hilarious. It’s okay to laugh. We were laughing at ourselves. 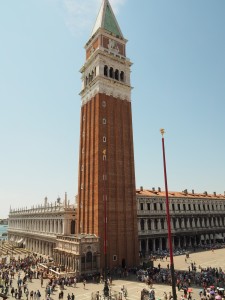 I don’t know the name of all the things and places we saw, but I know the emotional weight it held for me. Venice isn’t as old as much of Italy, and it may lack a sense of ancient history, but what the city does have is heart. The inherent beauty is magical. 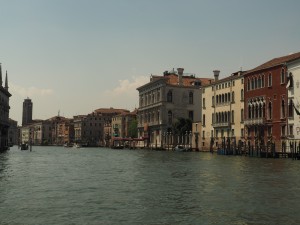 We even found an accordion player by the water our first night! We spent two days in Paris a couple of years ago searching for someone playing the accordion, but there was no one to fulfill my cliched fantasies. But that night in Venice twilight was kicking in, and the man was sitting right by the shore, so we stood there awhile just soaking in the atmosphere. We tipped him, and he offered his chair for me to sit in for awhile.

Have I mentioned my feet? I won’t ruin this beautiful post with that sort of talk, but suffice it to say that I could barely walk by that time, and we still had a week and a half and several cities to go. Would I do it again? In a heartbeat. 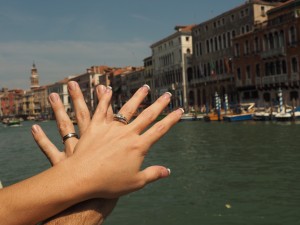