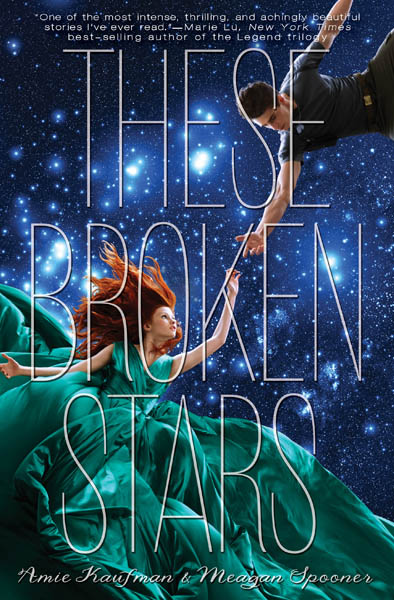 It's a night like any other on board the Icarus. Then, catastrophe strikes: the massive luxury spaceliner is yanked out of hyperspace and plummets into the nearest planet. Lilac LaRoux and Tarver Merendsen survive. And they seem to be alone.

Lilac is the daughter of the richest man in the universe. Tarver comes from nothing, a young war hero who learned long ago that girls like Lilac are more trouble than they’re worth. But with only each other to rely on, Lilac and Tarver must work together, making a tortuous journey across the eerie, deserted terrain to seek help.

Then, against all odds, Lilac and Tarver find a strange blessing in the tragedy that has thrown them into each other’s arms. Without the hope of a future together in their own world, they begin to wonder—would they be better off staying here forever?

Everything changes when they uncover the truth behind the chilling whispers that haunt their every step. Lilac and Tarver may find a way off this planet. But they won’t be the same people who landed on it.

MY REVIEW OF THESE BROKEN STARS (STARBOUND TRILOGY):

That’s right. It’s me. Back from a metaphorical writing grave with no excuses. None that I am wiling to share, that is. Life happens. Sometimes it pushes us down, only to watch us pull ourselves back up right away. Other times it beats us down with a vengeance made from the messy end of a modified baseball bat that would make Lucille cower in terror.

Be prepared: I am going to gush on this one.

I decided to start on a happy note, seeing as how no one likes to see an author’s hard work under criticism, no matter how constructive it may be. Maybe that sentiment is more to make myself feel better, but here goes nothing.

These Broken Stars is the first book in the Starbound Trilogy, a young adult science-fiction series that transcends the genres it attempts to incorporate. As for the “young adult” aspect, the quality and maturity of the writing lends the story an air of sophistication and poetry that is acceptable for almost any age. Somehow, the young protagonists still manage to sound the correct age, without the immaturity that many writers infuse into their younger characters. They don’t sound older than they are, but they don’t sound like annoying teenagers either. It’s hard to explain, but trust me: It works.

It is both soft sci-fi, as well as paranormal, with a good bit of romance. And before you cringe at that, let me say this: I do not read romance novels of any sort. If it contains romance, fine. But I don’t read it as a specific genre simply because I like the plot to define what happens, not cheesy lines and awkwardly written scenes (this is my personal bias). There is a reason I avoided those types of scenes in my book (there may be a little something going on in my current WIP, but nothing graphic or uncomfortable).

But this is not that type of romance. This is the kind that can’t be pegged down by limited parameters, the kind that flows into its own universe and drags us along the way, leaving us broken then healed but better for having taken the journey.

I am not overly sentimental, particularly when it comes to book romances, but this story is about so much more. It’s about love, yes, but also about truth, about trust, about perseverance, about what really makes us human and what lengths we go to in order to make the world a better place. We all come from different walks of life, but shared experiences can bridge that gap. I argue that I’m not overly sentimental as I’m tearing up writing this part of the review, but I can’t help it for one very specific reason. I can’t share it with you without spoiling the story for you (I hate when reviews do that), but I will say that I have never in my life read a scene as realistically heartbreaking as a *particular* one in this book. It will make you want to cry, to scream, to throw the book across the room and curse the heavens (or me) for having allowed you to read it. Yet it is so achingly simple and human that we could all relate in one way or another. What causes it to happen is not normal, nor is it reasonable to expect what you later realize is the inevitable. When it happens, though, it is not what happens that will rip your heart out. It is the reactions and thoughts of another character that will punch you in the gut. I was so incredibly angry at the book at that point, but I kept reading, and I am very glad that I did. All I can say is, when you feel like you’ve been betrayed by the authors, don’t automatically give up. Keep reading. Trust me. My daughter had an even stronger reaction when I told her to read this book, after having told her how much I enjoyed it. She became very upset with me at that point in the story, refusing to continue with it. This remained the case for almost two weeks before I finally convinced her to trust me (to trust me after she felt I had tricked her). Luckily, she did finish it and decided to forgive me in the end. This book is that good.

The two main characters alternate first-person POV from chapter to chapter, but the genius of this is that the two authors (Kaufman and Spooner) each wrote from one character’s perspective, emailing chapters back and forth as they completed them. It’s like a tandem story, only with more planning, cohesion, and editing involved. The end result is stunning, and they mastered the art of co-writing. Each of the two characters has a distinctly different voice, and neither of them come across as anything less than very real and human in their thoughts and actions.

The Starbound Trilogy is, by far, my favorite YA series to date (barring one exception that I don’t count as YA, but that’s for another blog post). I have read all three books now, as well as a prequel novella, and while I love the entire series, this first book is the best in the series by a long shot. Shortly after finishing the series, I reread the first book. Let me repeat that: I, who firmly do not believe in rereading books when there is little time for the books that are out there, reread this book. If you like the paranormal and science fiction genres, yet can tolerate some romance along the way (think The Notebook if it involved hyperspace travel, or Rose and Jack from Titanic, only IN SPACE and other exotic locales, minus the stupid freezing to death bit), you won’t be disappointed. Better yet, think Glenn and Maggie (“I’ll find you”). Sucker-punch to the gut right there. No need for Lucille.

The characters are REAL (well, as real as any character in fiction can be), the love story is undeniably REAL, and the plot only gets better as the story progresses. Can I promise that you’ll love it as much as I do? Perhaps not, and that is the beauty of literature. This piece is as beautiful as the genre gets, as far as I’m concerned. Not beautiful as in it lacks action and humor. There is an overwhelming sense of foreboding, an ominous nature to several aspects of the plot, not to mention a handful of grit to balance out the poetry of it all. And there are lighter, funnier moments amidst the serious goings-on in the story.

Be warned: each book focuses on a new set of protagonists. However, the overarching story and conflict is the same throughout the series. Each set of characters experiences the conflict from a different point of view and location, thereby allowing the reader to see the full landscape of what’s going on in the universe the authors have created for us. Characters from book one make appearances in the other books, and in the final book, everything comes together. It’s actually really neat how this works.

If I had to recommend reading one YA series this summer, I’d definitely say give this one a shot. Read the first book and see how you like it. If you’re like me, you’ll devour it and immediately want to begin the next book. The entire series is fantastic, but the first book is by far the best (or maybe I’m just biased toward the characters in that one). There is also a short story entitled “This Night So Dark” that connects the first two books in the series, but I read it after the series. You don’t want to spoil anything for yourself. You could read it any time AFTER you read These Broken Stars, but not before. The short story is only available in digital format, but it is currently free on Amazon.

What are you waiting for? Go and get your copy of These Broken Stars today! 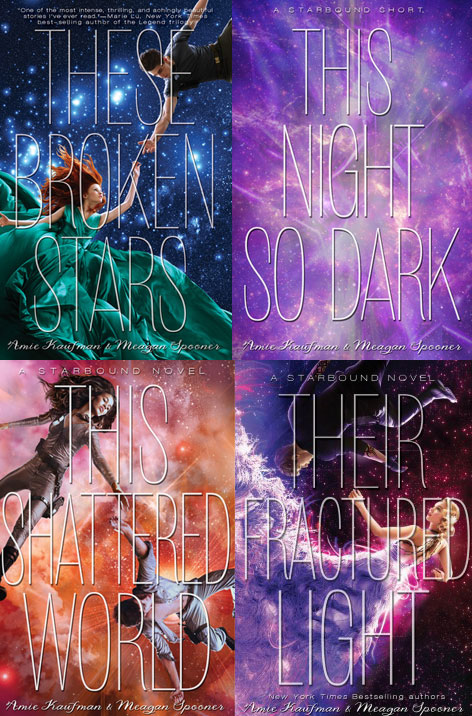